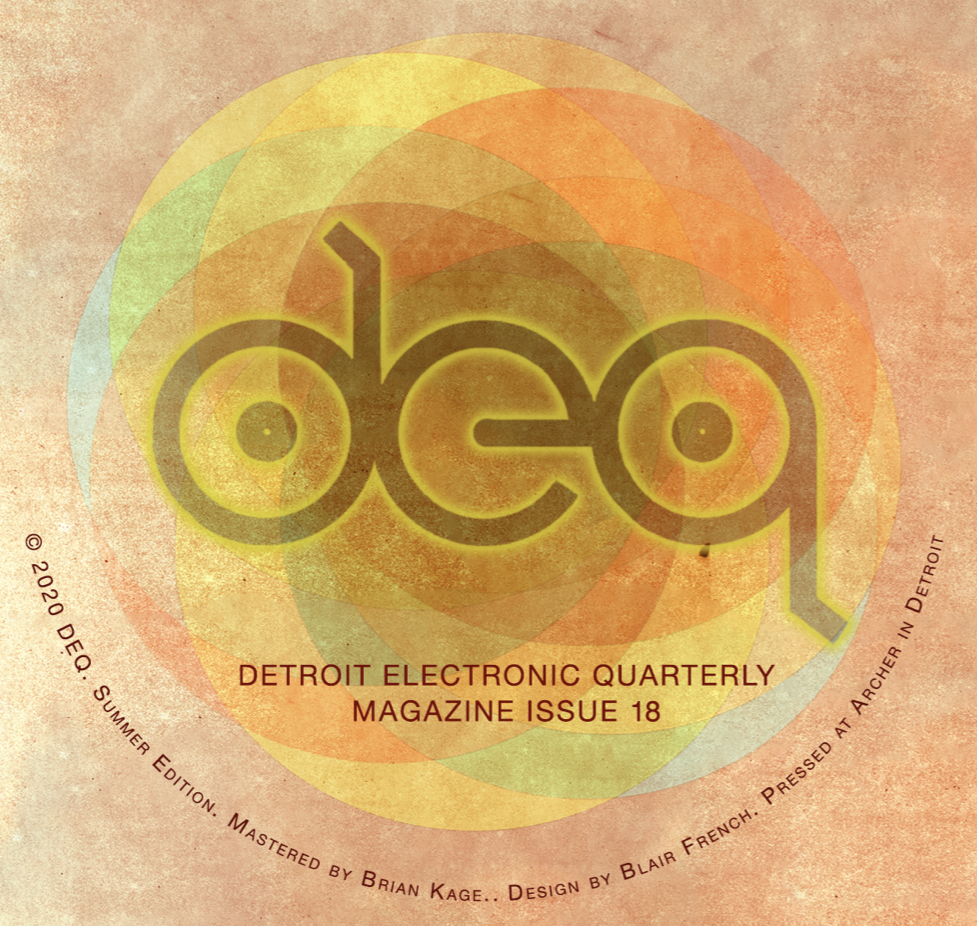 If you want to know what’s really up in any given place, you need to listen to the people living and breathing it, right? That’s what makes Detroit Electronic Quarterly such a great idea – a magazine and compilation series serving the Motor City’s electronic music community beyond the usual marquee names. Vincent Patricola set up the newly not-for-profit venture back in 2005 as a platform for the most current music made in a city bursting with unsung talent. Patricola has earned his stripes over the years himself, working behind the counter at Record Time in Detroit and Dope Jams in NYC no less, as well as gigging regularly as DJ Shortround.

Clubs might be on their knees in Michigan as everywhere else right now, but at least on a musical level the latest collection on DEQ shows the Detroit scene to be in rude health. Equal shine is given to established and breakthrough names here, with some bigger guns half hidden behind new projects (look out for Paris The Black Fu and Luxus Varta as Tech Marine Bottom Feeders). It’s not just a one-dimensional techno trip either – self-proclaimed club recluse John Briggs shrugs off his Zoetic alias for a silken deep house excursion shaped out by rounded bass and tinged with percussive chimes that nod to his previous outings on Yoruba and Atjazz. Dave Shettler and Joel Peterson tease out experimental textures and a light dusting of jazz as Viands, and the mighty Claude Young Jr unveils an evocative slab of beatless synthwave aptly titled ‘Detroit Noir’ that echoes his stunning 2013 LP Celestial Bodies. The techno that is on offer spans from Jon Dixon’s crystalline and melodious ‘Resurge’ to the heavy-throbbing minimal freakout ‘Because Of Detroit’ by DJ Holographic and Alex Wilcox.

You’re not going to hear a new earth-shattering sonic breakthrough here, but that’s not the point is it? Away from the hype of venerated pioneers and trendsetters, there’s a more communal purpose behind this music, made by the people for their immediate surroundings – they’re putting Detroit in the track titles and vocal samples for a reason. What’s important here is the standard, which doesn’t drop across the compilation. Every track feels fresh, but absolutely hewn from the fabric of the city. If you want to know what’s good in the birthplace of techno right now, look no further.