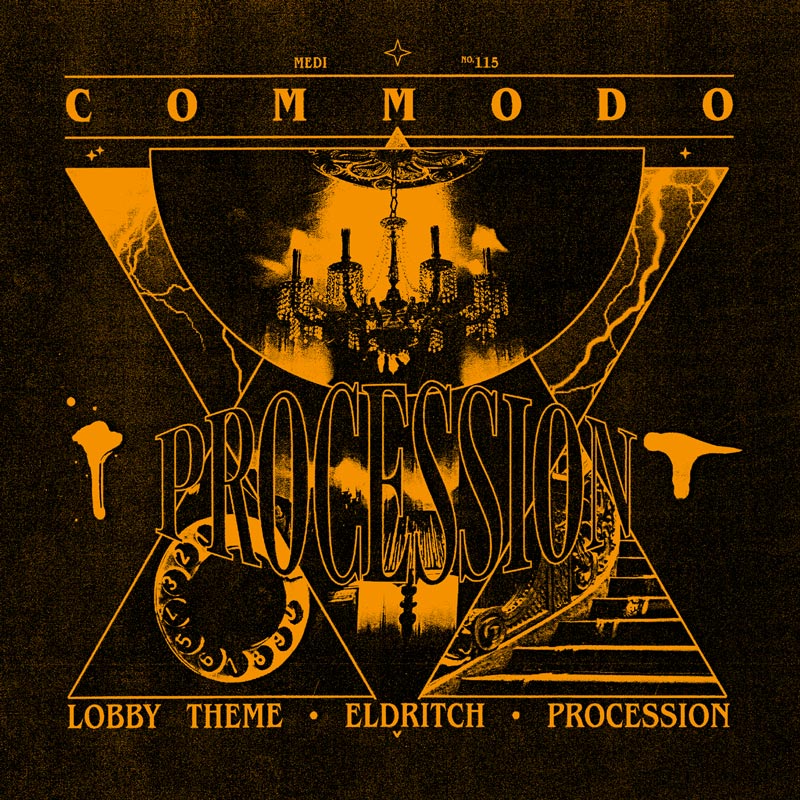 Dubstep is alive and well. Chest-puffing brostep mutated into bloated EDM and anodyne future garage made a beeline for Spotify mood playlists and lucrative licensing to aspirational advertising. But slipping between the cracks in the true underground, key operators are keeping the genre consistently fresh and inspired. Labels have stuck to the style even as trends and hype move on, and artists have continued to find new modes of expression around the 140 mark.

These days you could look to the White Peach and Naan labels, spearheaded by the mightily talented Zha, or V.I.V.E.K’s continually on-point System Music. It’s been a hot minute since we heard something from Gantz, mind… That’s barely scratching the surface, but you get the idea.

Mala’s Deep Medi Musik remains the backbone for the scene, and it’s great to see Commodo back in the saddle in familiar surroundings. Since the early days the Sheffield-based producer has displayed a specifically kinked sound that never shies away from ear-snagging peculiarities. It’s rare to hear a Commodo tune that doesn’t cause heads to turn, inspiring those kinds of cerebral gurns that go beyond bass face. That was definitely the case with the cascading, loping chimes of ‘Rikers’, which dropped on Deep Medi in 2018. ‘Loan Shark’, out on Black Acre earlier this year, was an absolute monster that would have contorted chops between bass and brain face far and wide, had any of us actually been in front of a soundsystem this year.

And so we come to this new drop from one of the sharpest to do it, and once again any degree of expectation gets flipped from the get go as Commodo creates another microverse within three razor-keen cuts. ‘Lobby Theme’ hinges around a curious blend of dusty, noirish jazz licks, slippery FX and a boldly spartan approach to percussion that lets the subs do the heavy lifting. It’s totally audacious, way out in leftfield, and yet completely nails the vital dubstep principles of moody atmospherics and weighty presence. ‘Procession’ is set up for a slightly more conventional ride with its haunting lead which sounds like a twanging guitar preset from an 80s rompler. But even in a relatively straight-ahead execution like this one, Commodo’s choice of choral voices as a backing and particular taste in reverbed percussion is peerless.

‘Eldritch’ finishes the EP off in superlative form, retaining qualities of both previous tracks from subtle moody jazz fills to forthright synth hooks, and then dices everything up for a teasingly staggered groove that teeters on the edge of a full drop rather than fully unloading. The arrangement is a little all over the place, preferring to sidestep down strange corridors underpinned by live bass rather than heading in a linear club-oriented direction, but what else are B2s meant to be for?

Perhaps Commodo’s style would be too slippery for DJs focused on doing maximum damage in the dance, but dubstep’s strength is its sense of space, in which adventurous producers can come up with all kinds of wild ideas beyond the loudest bass and a fat clap on the three. And I’d still wager that ‘Lobby Theme’ would tear the place up given an appropriate rig to ride out on, so keep that in mind for when we can finally dance together.