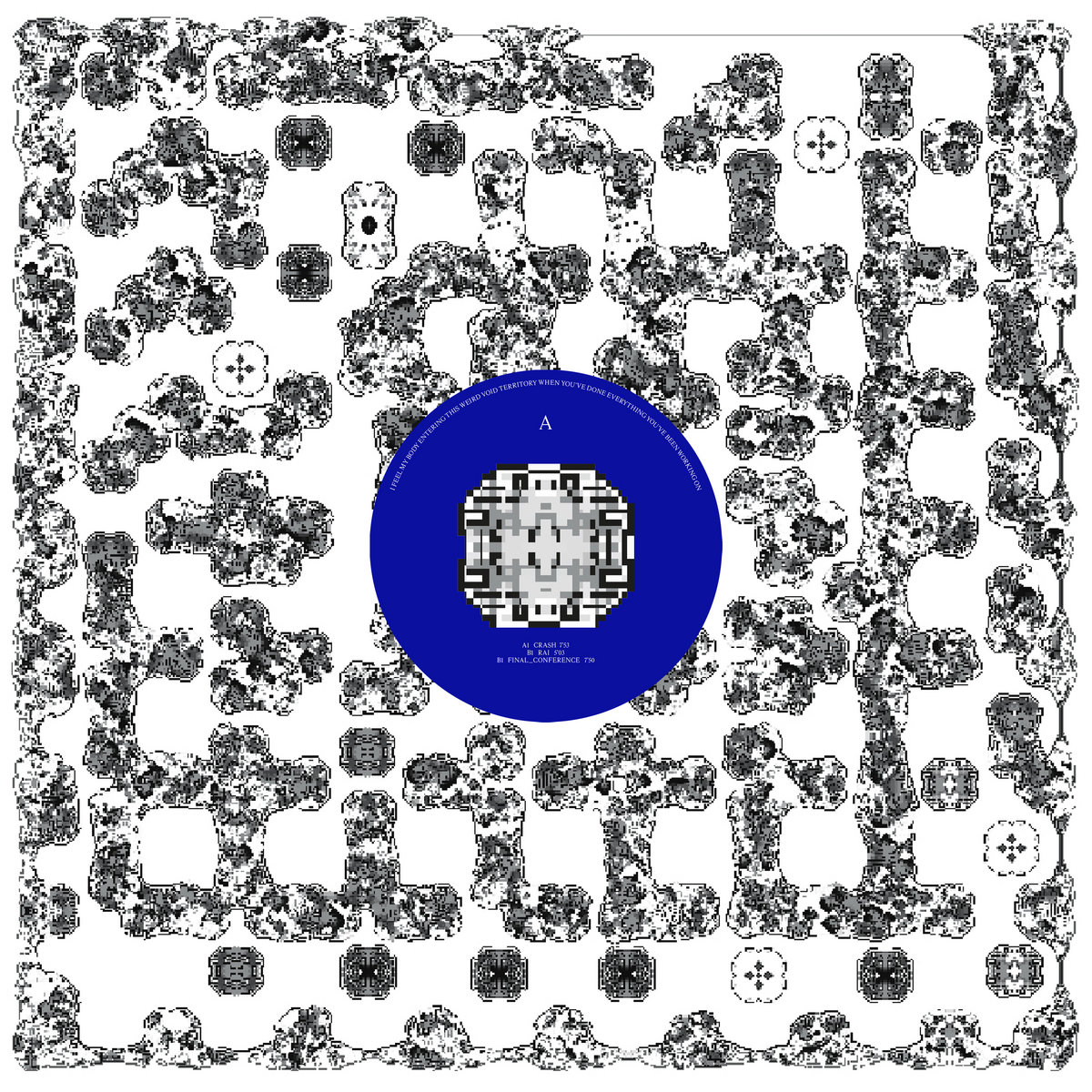 New label, Bambe, has set out to be a platform for musicians from diverse backgrounds to use art and technology to create expansive musical experiences. Its second release sees its owner, Bambounou, partner up with Bruce, the sonically elusive Bristol-based producer who has been known to melt down sounds into amoeba-like entities which unpredictably transform and ooze with emotion. Perhaps it’s this loose, abstract approach to composition which makes him a fitting partner alongside Bambounou, who has a habit of creating vast caverns of space into which he scatters fireflies of twinkling percussion and propels them forward as one formidable element.

On Final Conference, the two get across a shared approach to sounds as quasi-sentient beings, capable of mingling with one another freely if given space and time. At moments throughout ‘Crash’, the incongruous natterings of static and signals run amok over the foreground — somehow reminding me of those little soot balls in Spirited Away — before eventually falling into a ritual and urgent rhythm.

While ‘Crash’ arguably draws from a deeper well of sounds than ‘Final Conference’, the latter offers a different atmosphere, choosing to bubble and bristle where the other jigs and pummels. Out of a hangar of electromagnetic gristle and turbine eeriness, ‘Final Conference’ blooms with a sub-bass that stirs the heart and tickles the nostrils.

‘Rai’ is an important counterpoint to the musings either side of it. Its nostalgic synths flaunt behind a veil before breaking through in an explosion of euphoria with a mere minute left. Although undoubtedly a crowd-pleaser, it lacks the mysticism of the other two tracks, which summon ideas at the edge of our imagination.

Despite an urge to hear each song turn either bashfully Bambounou or brazenly Bruce, the pair’s choice to sparingly season the three tracks with their individual characteristics causes them to reach uncharted territory together. There’s definitely fuel left in the tank for further expression and audacity though, which is an exciting prospect if this isn’t the last we hear from the duo.